Kalani Das is a professional percussionist, having worked with music legends the likes of legends Barry Manilow, Yanni, Kenny Loggins, and Rod Stuart. He is an Orff-Schulwerk certified music educator and board-certified music therapist with numerous popular publications, including books, audio and video. He is the founder of the World Drum Club YouTube channel, the most watched channel of it’s kind and shares his passion for music making, percussion, ukulele, and native American-style flute with students all over the world.

Kalani is a board-certified music therapist, orff-schulwerk music educator, and performing artist who has worked with such legends as Rod Stuart, Barry Manilow, Yanni, and Kenny Loggins. He has won numerous awards for his work as an author and trainer, continuing to develop new resources for percussion, ukulele, Native-American style flute, music therapy and music mindfulness. Find out more at kalanimusic.com and kalanidas.com.

With over 30 years of professional experience in a variety of fields, Kalani’s work honors past traditions while expanding the fields of music education, music therapy, and professional and personal development. Kalani began his professional career at the age of 15, playing in several Bay Area bands. After graduating from California State University Northridge with a degree in Music performance in 1986, he went on to work with legendary drummer Max Roach eventually returning to LA to tour with Vic Damone in 1990. In 1991 Kalani was invited to tour with Multi-Platinum recording artist, Yanni, performing on the widely acclaimed ‘Live at the Acropolis’ video which sold over seven million copies world-wide. Kalani has also toured nationally and internationally with Barry Manilow, Suzanne Cianni, Benise, and a host of other artists. As a percussionist, Kalani has played on CDs and soundtracks for the Nature Company, Jim Hensen Records, Paramount Pictures, Sony Records, Tri-Star, Disney, Warner Brothers, and others. Recently, Kalani played on on Rod Stewart’s latest CD, Fly Me to the Moon.

Kalani has written and produced over 20 instructional products, including videos, CDs, books, and online lessons (workshoplive.com). His Book and DVD, Together in Rhythm, won the esteemed iParenting Media award and he has been honored with more than seven DRUM! Magazine Readers’ Poll Awards, including Best Rock/Pop Percussionist, Best Percussion Clinician, Best Percussion Method Book, and Best Drumming Facilitator. Kalani has produced four original music CDs, Pangea, Insights, Origins, and his latest release, Rhythm Spirit. He has designed a series of specialty sticks and mallets for the Vic Firth Company, including the first ever hand drumming gloves.

Kalani is the creator of Developmental Community Music (DCM), a holistic approach to facilitating creative potential through music and movement. He presents events and training courses in the US and abroad each year. (playsinglaugh.com). In 2001, Kalani began a long-time collaboration with Master Drummer, Ryan Camara, which produced the World Rhythms Arts Program (WRAP) and the mutli-media book, West African Drum & Dance. Kalani has presented for organizations including the International Music Products Association, The American Music Therapy Association, The National Association for Music Educators, The American Orff-Schulwerk Association, The Percussive Arts Society, The Victoria Orff-Schulwerk Association, and many state and regional conferences. He created the Hula for Life program for older adults, which features the dance, songs, and music of Hawaii (hulaforlife.net).

Kalani is the co-author of the Music Makers program, an original curriculum for the Boys and Girls Clubs of America. He is a certified Orff-Schulwerk (Music and Movement for Children) Practitioner with many years of teaching experience, both in schools and community settings. Kalani is a Board-Certified Music Therapist (MT-BC) and currently provides music therapy services in the Los Angeles area. His book, The Way of Music, examines how improvisation may be developed and used within clinical music therapy. 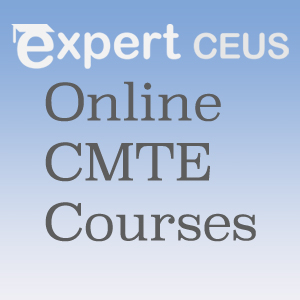